Amythist is a pink and gray pegasus dragon pony that is very hyper and ongoing, and can be unconfortable to be around sometimes. Amythist is very happy with herself most of the time and can be very random at times, especially at unnessasary moments. Amythist has a very minor case of mild brain differences as well as noticable mutation features. She has a dragon like tail and three large noticable fangs from her mouth when opened. Amythist also has bat-creature like wings similiar to a dragons', and white fur at the bottom of her hooves. Amythist had never experiences the feeling of love before. She does not understand how it feels and so Marisa and the other friends try to get the love within her to come out.

Amythist gets teased by her dragon-like appearance, and so she is very nervous of new strangers that approach her. She was bullied a lot in her past, and it had grown within her to fear more than she should.

Amythist also has an allergic reaction to soda. Her mane and tail puff out at huge amounts. Amythist can also be very shy sometimes, and so she hides her face with her wings sometimes. Moonlight also has a bit of a crush on her.

Amythist was created by Al the Alchemist a long time ago because he wanted to have a sister who would do all of work with him and help him on his potions. Sadly for him, he messed up mixing Dragon DNA with the creation. This caused Amythist to be born as a newborn dragon pony with many disabled mental differences.. Al knew he messed up, and than angrily abandoned Amythist by herself realizing that it was a failure, even though in the future he had come back but felt like the father of her.

Amythist was a filly when she had grown up by herself. She had the ability to teach herself how life was all alone, having trouble being near anyone else. When she finally had taken herself to Ponyville, she was found by Fluttershy, and had been taken care of until she grew up to be an adult. When that time came, Amythist left. 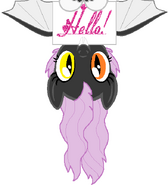 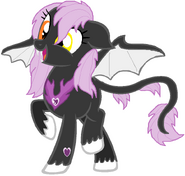 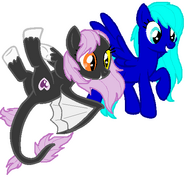 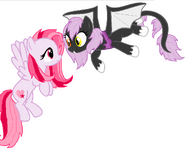 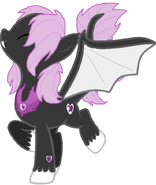 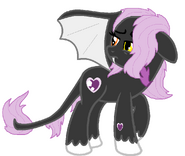 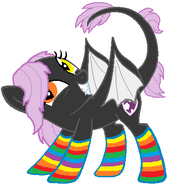 Amythist becoming a gigantic dragon after a potion.
Add a photo to this gallery
Retrieved from "https://epicponyartists-hq.fandom.com/wiki/Amythist?oldid=7255"
Community content is available under CC-BY-SA unless otherwise noted.